The following individuals were nominated by the ASB Nominations Committee and have agreed to serve in the indicated capacities if elected. Elections will take place online only. ASB Members will receive an electronic invitation to vote via SurveyMonkey on Wednesday, 28 February. Each member is limited to a single vote through this e-invitation, and all voting will be anonymous. There are opportunities to indicate write-in candidates on the ballot. Voting for these elections will close at midnight on Wednesday, 21 March, one week prior to the ASB 2018 annual meeting in Myrtle Beach. Results of the election will be announced at the Friday Night Awards Banquet at the conclusion of the annual meeting. 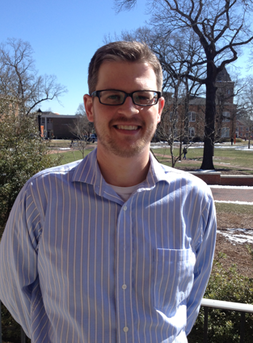 Dr. Havran is an Associate Professor in the Department of Biological Sciences at Campbell University in Buies Creek, North Carolina.  Chris received a B.S. in Biology with a focus in Botany from Lebanon Valley College (Annville, PA) in 2002, a M.S. in Biology from The University of Louisiana at Monroe in 2004, and a Ph.D. in Environmental and Plant Biology from Ohio University in 2008.  Chris has taught courses in Introductory Biology, Botany, Plant Physiology, Tree and Shrub Identification, and Hawaiian Natural History and Culture.  The latter is a program taught for three weeks across Hawaii.  His research efforts focus on southeastern floristics and the evolutionary history of endemic Hawaiian flowering plants. Since joining the faculty of Campbell University in 2008 Chris has mentored 18 undergraduate students. Several of his students have presented their research at the ASB annual meeting since 2011 and three of his students have been recognized with the Young Botanist Award from the Botanical Society of America.  He has received the Dean’s Excellence in Research Award (2012) and the Walter S. Jones Sr. Alumni Award for Research Excellence (2013) from Campbell University.  Chris is the founder and current curator of the Campbell University Herbarium (CAU).  Chris began volunteering with the ASB on its Education Committee. In 2013 he became co-chair of the Committee with Kirk Stowe.  He worked with Kirk to organize a symposium entitled: “Educational Opportunities at Biological Field Stations in the Southeastern United States” held at the 2014 annual meeting of the ASB in Spartanburg, SC.  In 2015 he served on the ASB’s Executive Committee as a Member at Large for a one-year term. He began second term at the Member at Large position in 2016. He was elected Vice President in 2017. He thoroughly enjoys the annual ASB meetings and has fond memories of presenting his first research presentation at the 2004 meeting of the ASB in Memphis. 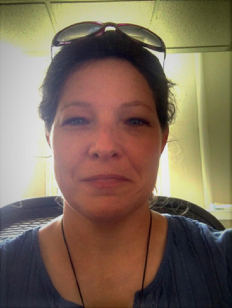 Emily Gillespie is in her sixth year as an Assistant Professor in the Department of Biological Sciences at Marshall University in Huntington, WV. Before coming to Marshall in 2012, Emily’s postdoctoral training at Wake Forest University focused on Drosophila developmental genetics. Emily’s Ph.D. (2010) training at Wake Forest University was in plant molecular systematics, her Master’s degree (2005) was earned at Appalachian State University, with a research emphasis on plant systematics and phylogeography, and her Bachelor’s degree (2001) was earned at the University of North Carolina at Asheville (2000) with a research emphasis on parasitology. At Marshall, Emily teaches across the entire biology freshman survey core, as well as freshman seminar, graduate seminar, inquiry-based upper division/graduate plant taxonomy for both biology and education majors, and inquiry-based phylogenetic biology for all disciplines. Emily’s current research foci include ‘deep-time’ plant molecular phylogenetics and species boundary questions, often within Rhododendron and their relatives. Her plant genetics lab is populated almost exclusively with undergraduates, generally beginning in their freshman year, and these students ultimately publish their work before they graduate. Emily also manages the Marshall University Herbarium, which is part of the NSF-supported SERNEC 12-state network of collections-based digitization efforts. The herbarium attracts another set of students for Federal Work Study and/or independent research in both biology and art. Emily has attended ASB every year since she began her graduate work and has steadily undertaken service appointments and elected positions since. Her ASB service as a faculty member includes the Executive Committee (Member-at-Large), the Awards coordinating Committee (member and chair), the Conservation Committee (member and chair), the Publications Committee (member and upcoming chair), the Annual Meeting Arrangements Committee (member and chair), and web page and Facebook manager. She has also served two ASB affiliate societies, Society of Herbarium Curators - Southeast Chapter (Secretary) and Botanical Society of America - Southeast Section (Section Chair and Secretary), and has served as a poster/paper judge for ASB and its botanically-focused affiliates since 2010. She looks forward to serving ASB for many years to come. 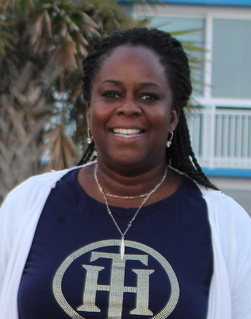 Dr. Ovueraye serves as the Dean of Faculty at Miami Dade College (MDC) in Miami Florida. She has previously served as the Baton Rouge Community College’s (BRCC) Interim Vice Chancellor for Academic Affairs and Dean of Science, Technology, Engineering and Mathematics (STEM) division. Prior to joining BRCC, she served as the Department Chair for Biology, Health, Wellness, and Funeral Service Education at MDC. She began her career in higher education as an environmental science program coordinator and faculty member developing programs to enhance students' experiences in and out of the classroom. Her professional career over the last 18 years has included working in higher education as a full-time administrator serving in various capacities and overall as a student success change agent for academic and technical education programs.
"Over my working life as a college administrator, I have strived to promote the use of program resources to build communities and a learner centered environment. My philosophy is that through guided engagement, students can learn to use their education to gain autonomy, exercise personal responsibility for choices and decisions, as well as control their own learning," said Dr. Ovueraye. "I work to ensure that through my efforts students will develop and grow to be successful and productive citizens. I am honored to serve the educational community toward achieving its goals." Dr. Ovueraye holds a doctoral degree in education from Northeastern University in Boston, a master's degree in environmental science from Imperial College in London, and a bachelor's degree in microbiology from Edo State University in Nigeria. 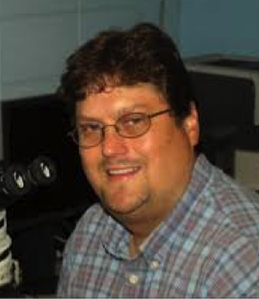 Chris Gissendanner is an Associate Professor of Biology and Associate Director of the School of Sciences at the University of Louisiana Monroe (ULM), Monroe, LA. He earned his B.S. in Biological Sciences at Florida State University, his M.S. and Ph.D. in Cellular Biology from the University of Georgia, and competed a post-doctoral fellowship at New England Biolabs. Dr. Gissendanner is a developmental geneticist with a research program focused on the genetic regulation of organogenesis. He has been a member of the faculty at ULM since 2004. Dr. Gissendanner is actively involved in promoting undergraduate research and since 2008 has been involved in the multi-institutional SEA-PHAGES program that involves freshman biology majors in authentic research experiences. Dr. Gissendanner has served ASB in several capacities, including judging student research presentations, serving on and chairing the ASB Student Research Award committee and as a Member-At-Large on the ASB Executive Committee (since 2016). He is also an associate editor for Eastern Biologist. Since 2010, he has served as a member of the External Advisory Committee for the Arkansas IDeA Networks for Biomedical Research Excellence, an NIH-supported organization that supports biomedical research at predominantly undergraduate institutions. 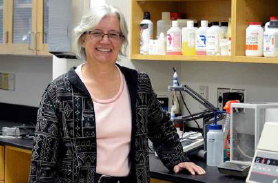 Dr. Boettger-Tong is in her seventeenth year at Wesleyan College in Macon, GA. She is Professor and Chair of the Department of Biology. Her research interests are in the area of reproductive biology; specifically, her lab examines the role of retinoids in the control of uterine smooth muscle cell biology. Holly has supported 18 undergraduate Honors Theses in her lab at Wesleyan (ten of these students have presented their research at ASB meetings) and serves as the Director of the Center for Women in Science and Technology. Recent grants include an NSF S-STEM award, designed to support the Student Preparation and Retention Collaborative (SPARC) Scholars Program, which aims to improve STEM retention and graduate outcomes for socioeconomically disadvantaged, high achieving undergraduate students. Holly has worked with a diversity of Colleges and K-12 partners in the context of Math Science Partnership (MSP) and GEAR UP funded collaborations. She has received four different awards for teaching excellence at Wesleyan, including the Vulcan, United Methodist, Quillian and Anne Munck. Prior to her arrival at Wesleyan, Holly was an Assistant Professor in the Department of Obstetrics and Gynecology at Baylor College of Medicine, where she worked on exon trapping the mouse Y chromosome and on characterization of the Juvenile Spermatogonial Depletion (Jsd) mutant mouse; at Baylor she mentored undergraduate, graduate and medical students. Prior to her work at Baylor, Holly was a Postdoctoral fellow at the University of Texas Medical Center, Houston, in the Department of Pharmacology. She earned her M.S. and Ph.D. in Biology from the University of Alabama, Birmingham. Holly has served ASB as Chair of the Education Committee (2016-2017), of which she has been a member since 2013; she has also served as a judge for both TriBeta and ASB student presentations.

Dr. Alfredo León is a professor in the Department of Biology, Health & Wellness, and Funeral Services at Miami Dade College, Miami, Florida.  He received a B.S. in General Science (2003) and an M.S. in Biology (2007), from the University of Puerto Rico. During his undergraduate and graduate work, Dr. León focused his studies on regulation of gene expression. He moved to Florida in 2007 and taught as a middle and high school teacher for 4 years and worked as an adjunct professor at Miami Dade College (MDC). During his time as a middle school teacher, he was awarded the institution’s Rookie Teacher of the Year award. Dr. León’s interest in higher education lead him to a position as a full-time faculty member at MDC in 2013. He has taught Biotechnology and various Biology courses at the lower and upper division levels. His research interest focuses on the use of barcoding to determine the evolutionary relationship of Sabal palms and the identification and characterization of microorganisms in a man-made lake located at MDC’s North Campus. He has been actively involved in the use of project-based learning and authentic research experiences during introductory Biology laboratory courses. In 2017 Dr. León completed an Ed.D. from the University of Florida with a focus on educational technology. His graduate work explored the use of technology to facilitate active learning strategies use in STEM courses at a community college. Likewise, he has studied the impact of adaptive learning platforms on student’s achievement in non-major Biology courses. He has been an active member of ASB since 2015 and has presented educational and curricular work as part of SERP and has also mentored students that have presented in the annual conference. He is currently serving as Co-Chair of the Diversity Committee.